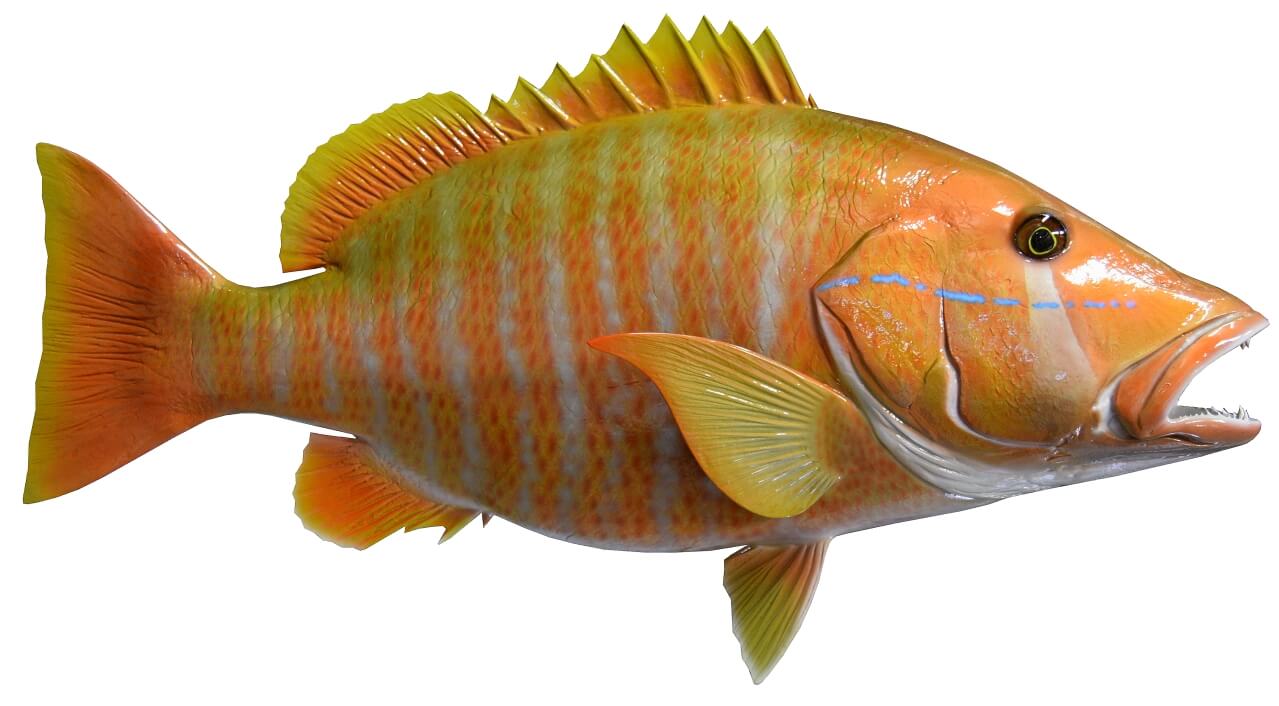 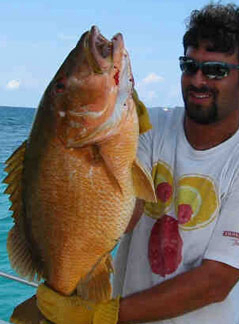 Dog Snapper Mounts are available online from King Sailfish Mounts. You can even order online. KSM individually crafts each finely detailed mounted fish by hand, one-at-a-time. Every reproduction is airbrushed to resemble that species’ most vivid and striking color patterns. Initially formed to promote the release of local Atlantic sailfish, King Sailfish continues to be the leader in Marine Conservation–now offering all sizes and species of Saltwater Fish Mounts, including the Dog Snapper.

Dog Snapper. The Dog Snapper of the Atlantic is a less common member of the snapper family, occurring throughout the Florida Keys and the Bahamas, found most often in and around coral reefs. Dog snappers can be distinguished from other snappers by the triangular silver marking just below the eye, extending to the upper jaw. The dog snapper is often released, as it has been known to cause Ciguatera poisoning after ingesting and accumulating the toxins from other reef-dwelling fish. The I.G.F.A. All-Tackle World Record Dog is currently 24-pounds, and was taken from the Hole-in-the Wall, Bahamas in 1994.

Variety of Sizes Available: King Sailfish Mounts offers mounts of Dog Snapper in a wide variety of different sizes. (scroll down for size/selection) The models displayed on this page represent recently produced mounts and/or most popular sizes. For additional selection, contact us by phone or by email for further details: Telephone: 954/784-8377 Email: or by email: kingsails@aol.com. 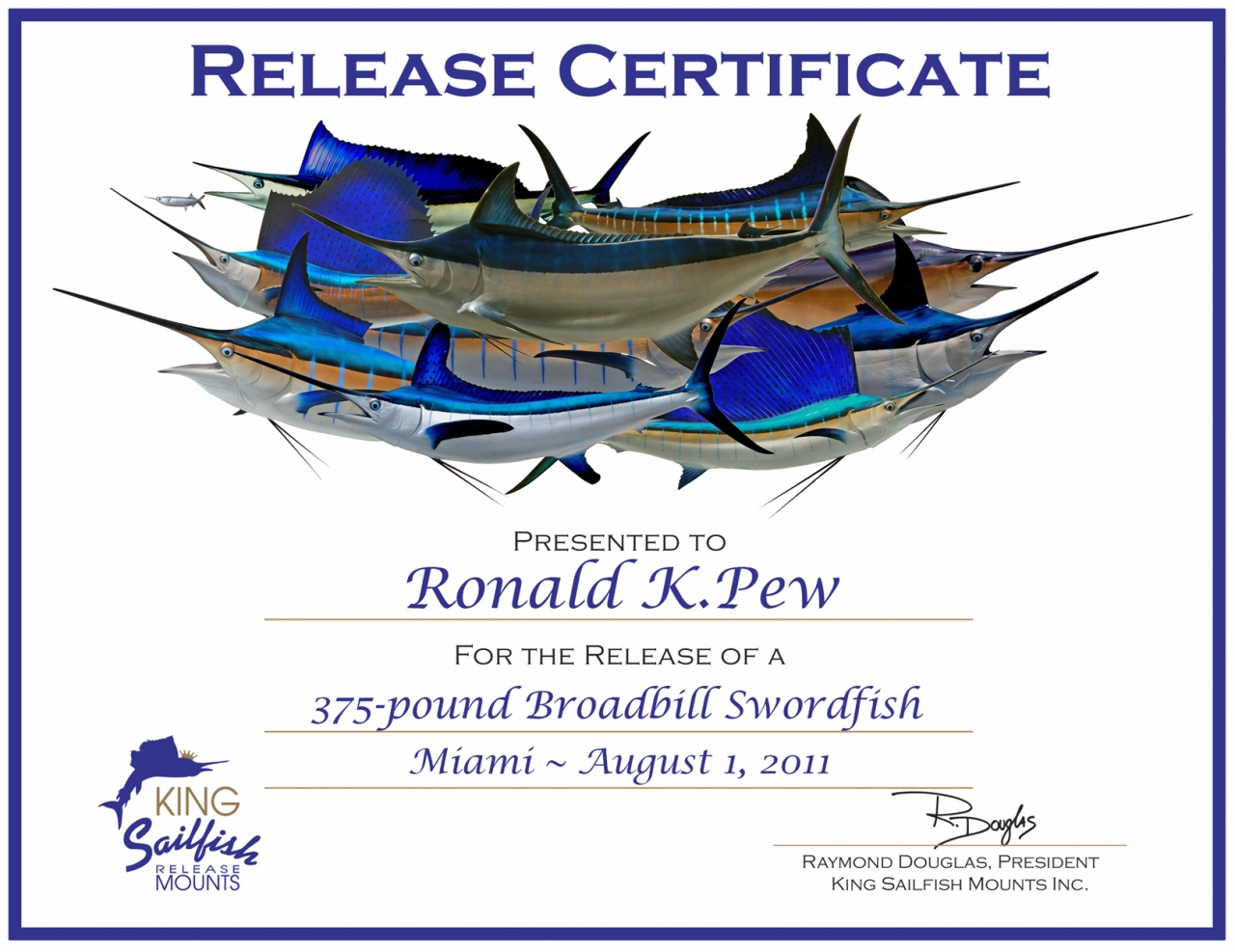 (for Details or To Order, click on the Thumbnail Image below)
Artist Note: The Dog Snapper Mount shown here was painted according to a photograph provided by the angler.