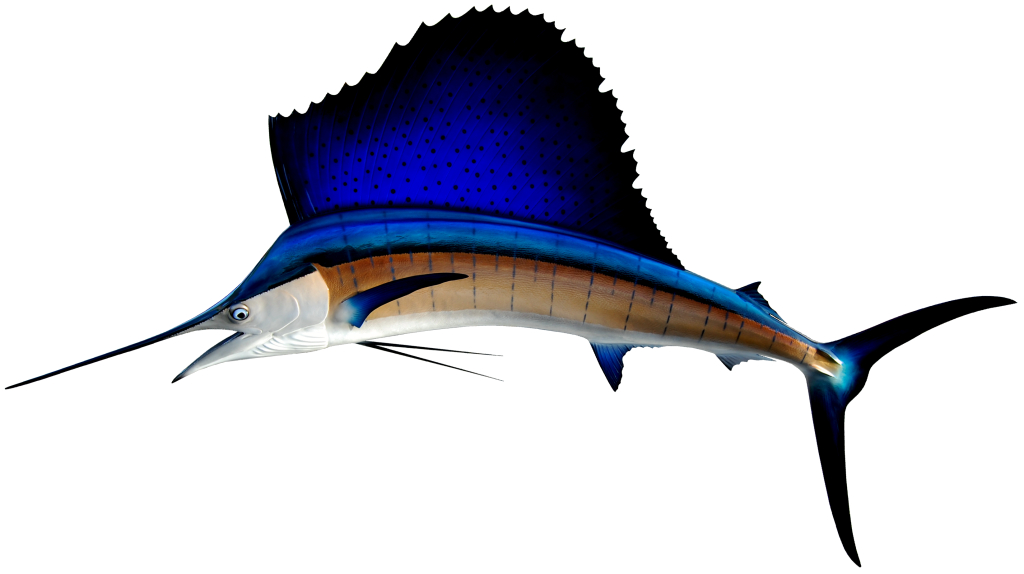 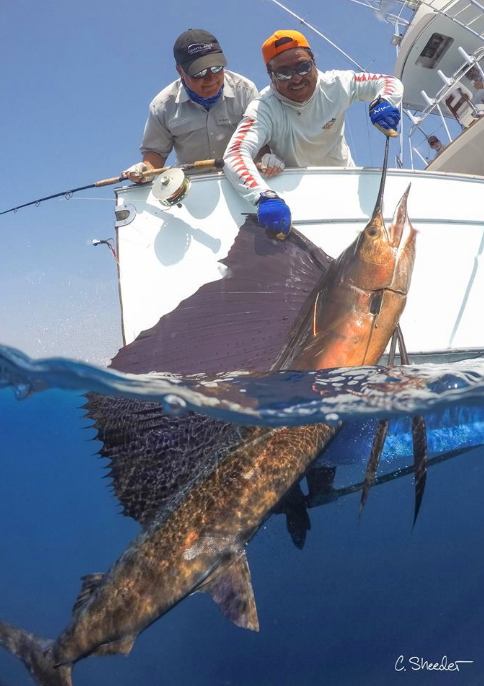 Pacific Sailfish Mounts are finally available online from King Sailfish Mounts. You can even order yours online here today. KSM individually crafts each finely detailed mounted fish by hand, one-at-a-time. Every reproduction is airbrushed to resemble that species’ most vivid and striking color patterns. Initially formed to promote the release of local Atlantic sailfish, King Sailfish continues to be the leader in Marine Conservation–now offering all sizes and species of Saltwater Fish Mounts, including the Pacific Sailfish!

Pacific Sailfish. Pacific Sailfish occur in tropical and subtropical waters near land masses, usually in depths of over 100 feet, but occasionally are caught from ocean piers close to shore. Pelagic and migratory, sailfish usually travel alone or in small groups. Its outstanding feature is the high first dorsal fin which is cobalt blue with a scattering of round dark spots. Its fighting ability and spectacular aerial aerobatics endear the Sailfish to the saltwater angler. It becomes exhausted quickly and therefore Sailfish are considered a light-tackle species.  Book a trip to Pacific Fins for some of the world’s best Sailfishing!

Conservation. Sailfish are released alive by sportsmen and charter captains alike. For mounting purposes, nearly 100 percent of all sailfish mounts are “release mounts” — produced without using the actual fish or any parts thereof. For more information on sailfish, log on to The Billfish Foundation’s web site at www.tbf.org. World record information can be obtained from the International Game Fish Association, and you can visit their website by going to www.igfa.org.

Atlantic vs. Pacific. Pacific Sailfish grow much larger than their cousins in the Atlantic. Although the two both have bright blue dorsal fins, they differ somewhat in coloration. Generally, we use darker colors on the Pacific Sailfish, including those shades found on the dorsal fin. We use more of a purple color the vertical stripes that run down the side of the body and often apply a richer, deeper bronze to the mid section with a “hard edge” separating it from the silver/white shades below. The operculum (gill cover) is more of a silver/pearl while the upper back remains bright transparent blue with a hint of turquoise. 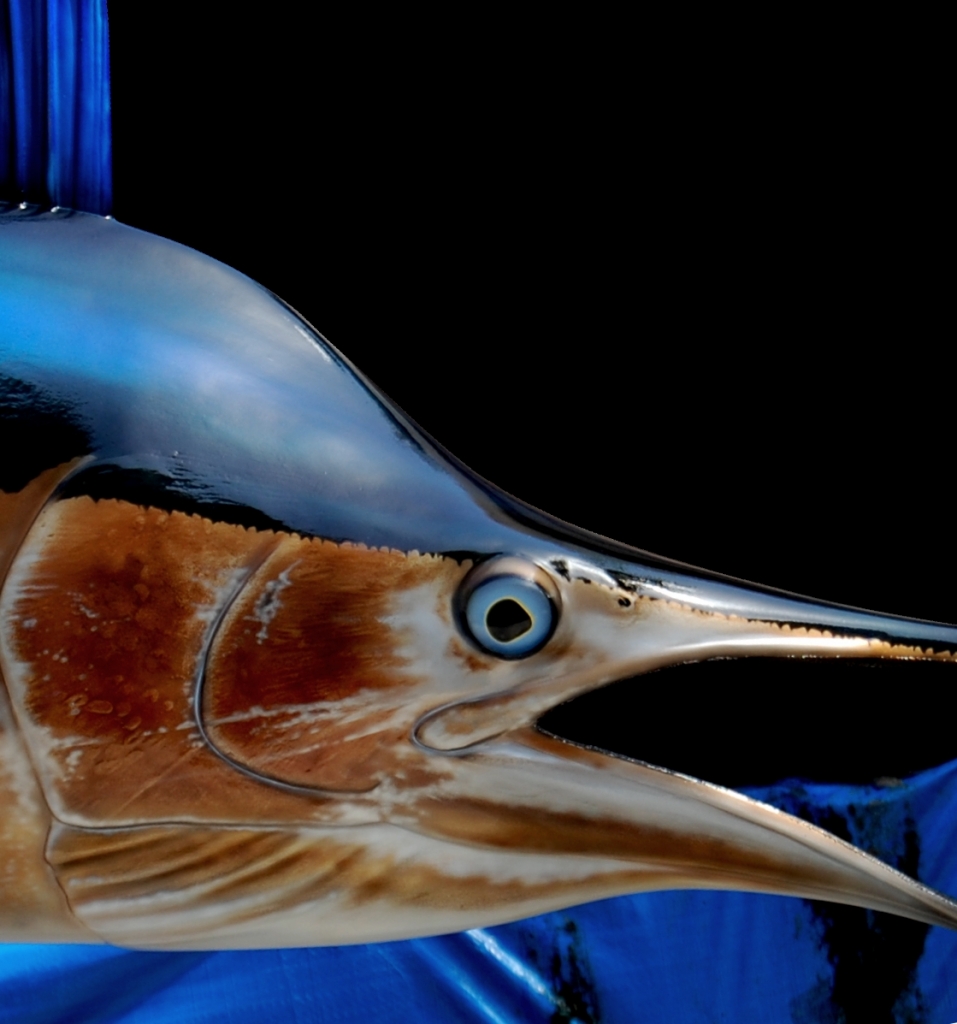 Variety of Sizes Available: King Sailfish Mounts offers mounts of Sailfish in a wide variety of different sizes. (scroll down for size/selection) The models displayed on this page represent recently produced mounts and/or most popular sizes. For additional selection, contact us by phone or by email for further details: Telephone: 954/784-8377 Email: or by email: kingsails@aol.com.

…..don’t forget to check out these:

Artist Note: Many of the Pacific Sailfish Mounts shown here were painted according to a photograph provided by the angler. That explains the differences you might notice in the coloration of the various mounts.