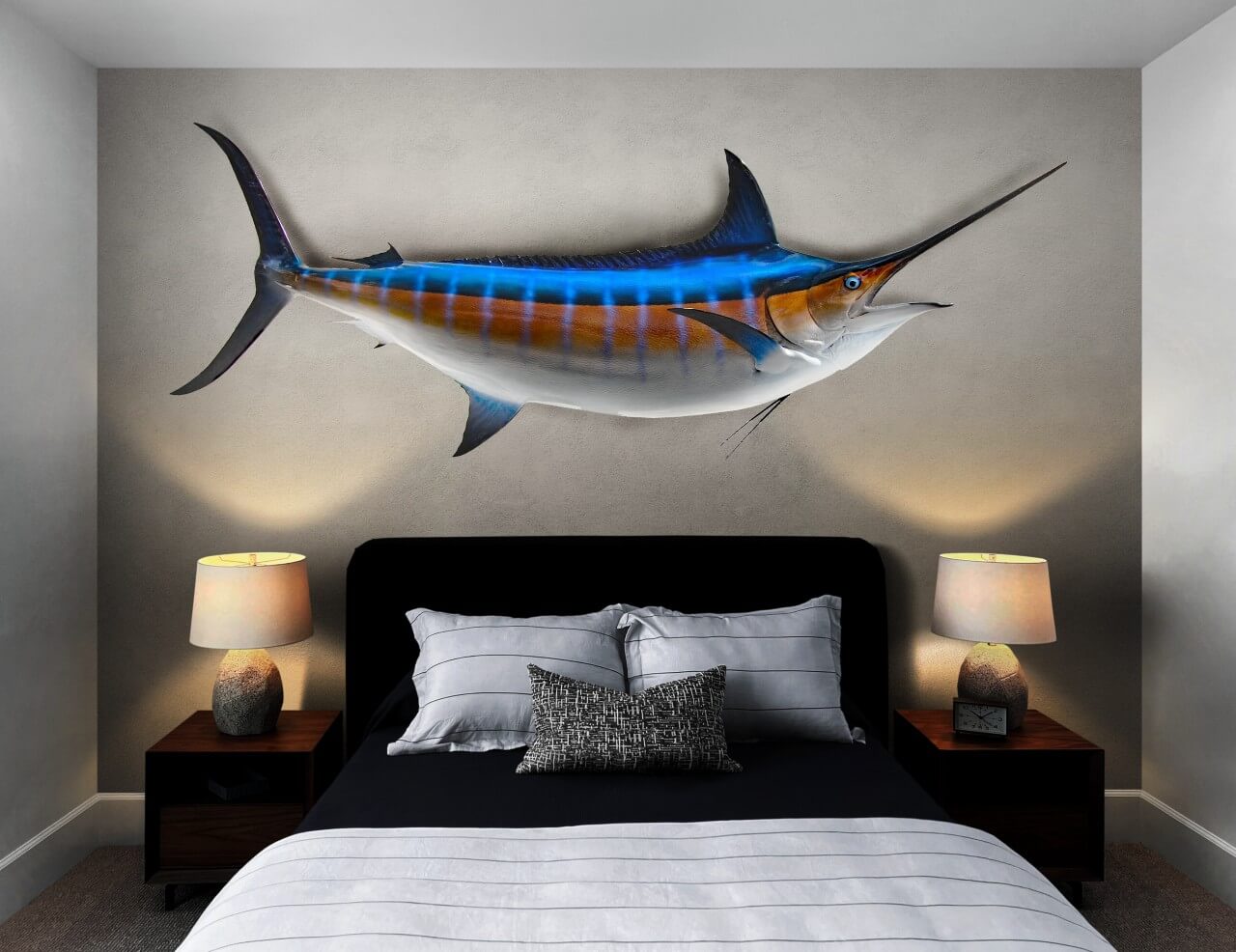 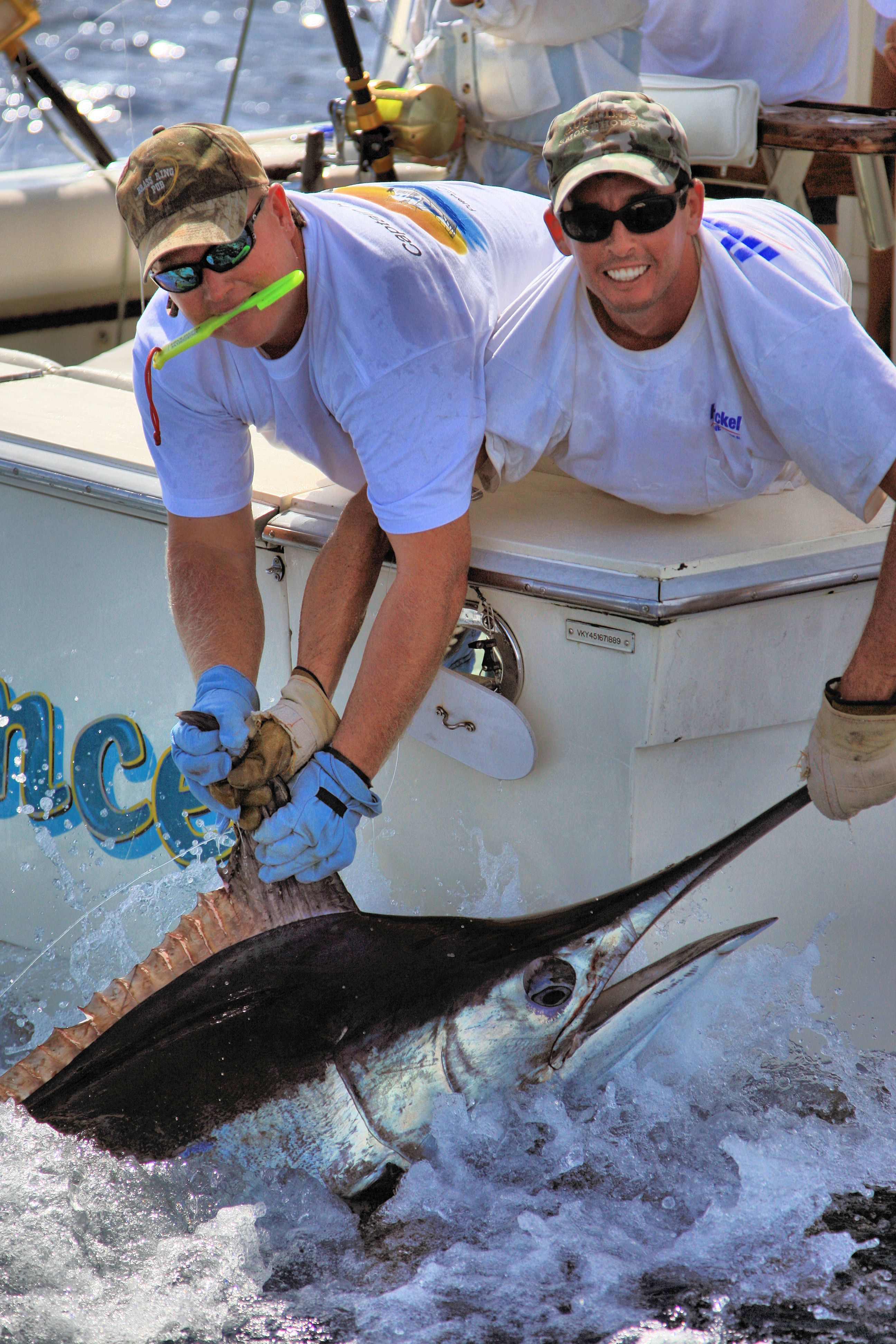 Blue Marlin Mounts are now available and can be ordered online from King Sailfish Mounts.  King Sailfish individually crafts finely detailed mounted fish by hand, one-at-a-time. Every reproduction is airbrushed to resemble that species’ most vivid and striking color patterns. Initially formed to promote the release of local Atlantic sailfish, King Sailfish continues to be the leader in marine conservation–now offering all sizes and species of gamefish release mounts, including the Blue Marlin.

Blue Marlin. A migratory and pelagic species, Blue Marlin occur in tropical and warm oceanic temperate waters. It is found in the Atlantic, Pacific and Indian Oceans. Blue Marlin apparently grow larger in the Pacific. All giant marlins are females and male blues rarely reach over 300 pounds. The pectoral fins of the blue marlin are not rigid, and can be folded against the side of the body, opposed to the rigid fins of the black marlin. There are no spots on the fins. A powerful and aggressive fighter, Blue Marlin run long and hard, sound deep and leap high into the air with seemingly un-exhaustable strength. Nearly all sport fishermen release blue marlin alive and unharmed, and choose a release mount to commemorate that once-in-a-lifetime experience.  Consider booking a Blue Marlin fishing trip with Tropic Star Lodge. 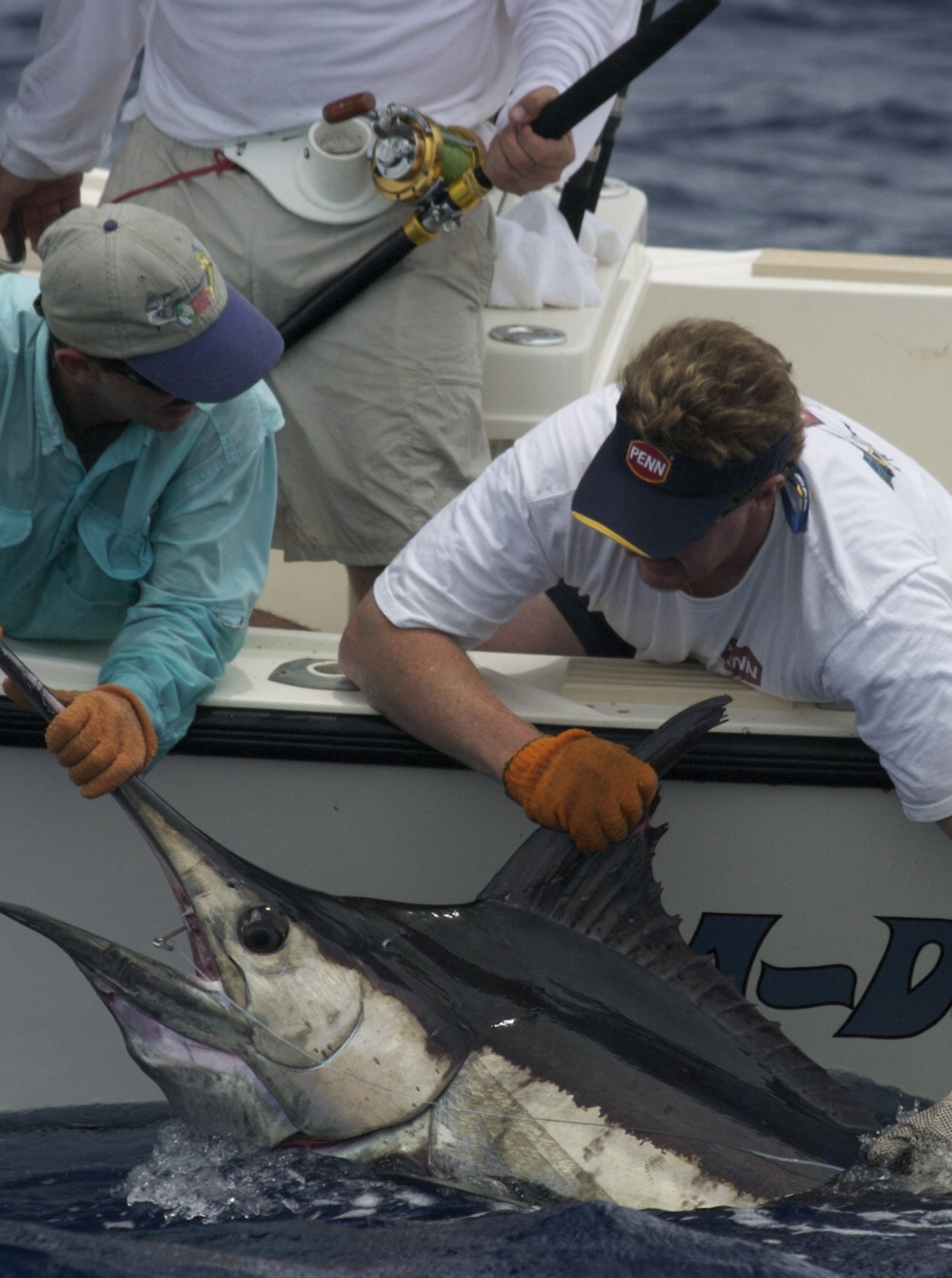 The Eye! The single most important visual aspect of the blue marlin mount is the eye. The eye of the blue marlin has a piercing look which you can actually “feel”. This must be replicated in order for the mount to look authentic.

Complimentary Release Certificates are available Online. Go to our “Log-In-Your-Catch” page and enter your catch data in the required fields…..then download, print and frame!

Artist Note: Many of the Blue Marlin Mounts shown here were painted according to a photograph. This explains the differences you may see in the coloration.