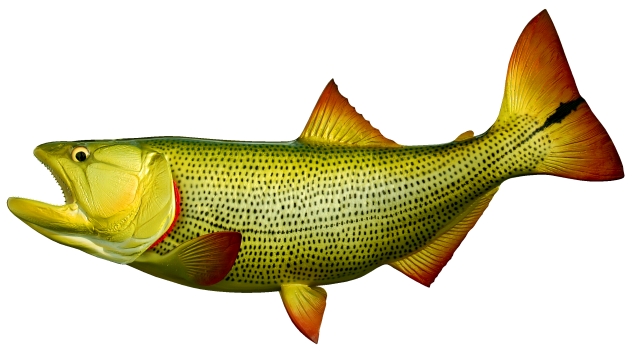 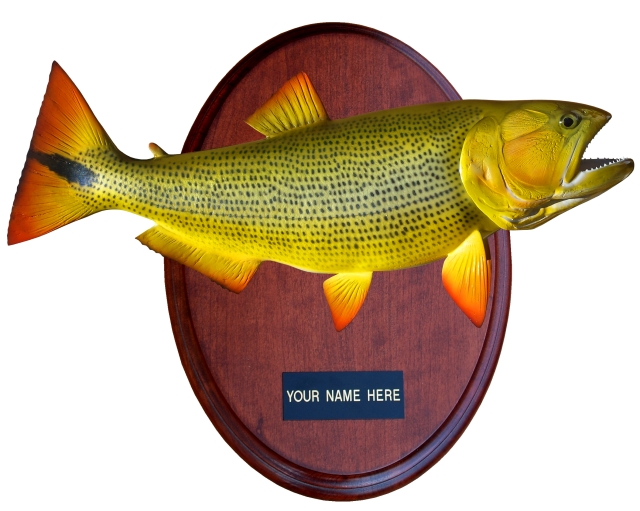 Golden Dorado. The Golden Dorado is found in the rivers of the Sao Francisco River system of Brazil, the Paraguay and Uruguay River systems, the Magdalena River system of Colombia and the Paran River of Argentina. It also occurs in the Rio de la Plata and has been introduced into the Paralba and Doce rivers of Brazil. It apparently does not occur in the Amazon and Orinoco basin as once believed. It is powerful and huge, and its mouth has been described as a “steel trap”. For more information on the Golden Dorado, refer to the International Game Fish Association’s World Record Game Fishes guide.
Golden Dorado Mounts are available Online from King Sailfish Mounts! King Sailfish individually crafts finely detailed Fiberglass Fish Mounts by hand, one-at-a-time. Each Fish Reproduction is airbrushed to resemble that species’ most vivid and striking color patterns. Initially formed to promote the release of local Atlantic sailfish, King Sailfish continues to be the leader in marine conservation–now offering all sizes and species of Freshwater Fish Mounts, including the Golden Dorado.

Variety of Sizes Available: King Sailfish Mounts offers Golden Dorado Mounts for Sale in a wide variety of different sizes. The models displayed on this page represent recently produced mounts and/or most popular sizes. For additional selection, contact us by phone or by email for further details: Telephone: 954/784-8377 Email: kingsails@aol.com

Standard Features include: (at no extra charge) Custom Painting, Downturned Fired-Enamel Glass Eyes and Acrylic Teeth. Options include Expedited Production/Shipping and UV Inhibitive Polyurethane Outdoor Coating. (see more about Standard Features)
Artist Note: Some of the mounts shown here were painted according to a photograph provided by the angler. That explains the differences you may find in the colors of the different mounts.
Golden Dorado Replicas by King Sailfish Mounts….setting The Standard for Excellence.
PHONE: 954/784-8377 OR 1/888-SAILFISH 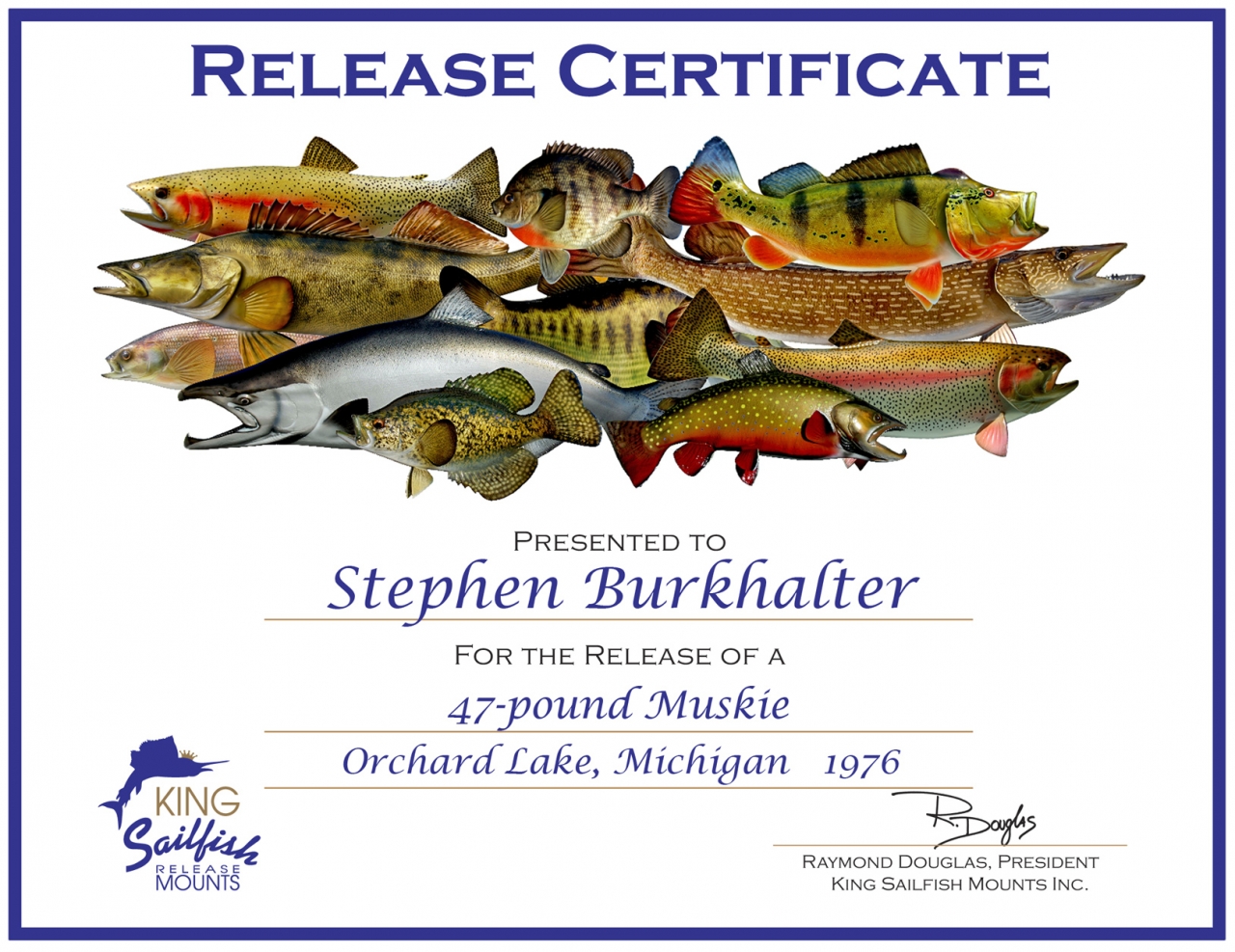 Go to our “Log-In-Your-Catch” page and enter your catch data in the required fields….then download, print and frame!
GOLDEN DORADO MOUNTS:
(for Details or To Order, click on any Thumbnail Image below)